Showtime has apparently released a new teaser poster advertisement promoting the fourth season of Dexter. Check out the full poster after the jump. 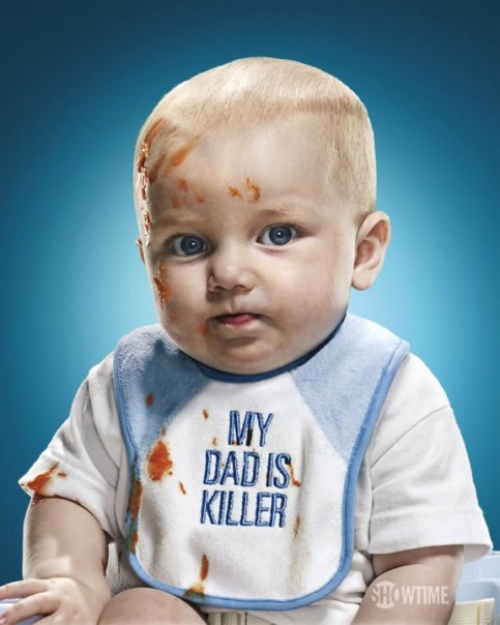 The poster plays off of the obvious new addition to Dexter and Rita’s family, with a clever bib tagline “MY DAD IS KILLER”. That’s probably just tomato sauce, right? Production began earlier this month with John Lithgow and Courtney Ford joining the cast. The new season introduces the Trinity Killer (who got his name becuase he kills in threes) who moved to Miami after evading capture for almost three decades. The season premiere on September 27th 2009 seems so very far away.