Since XZeeR is into Harry Potter These days, 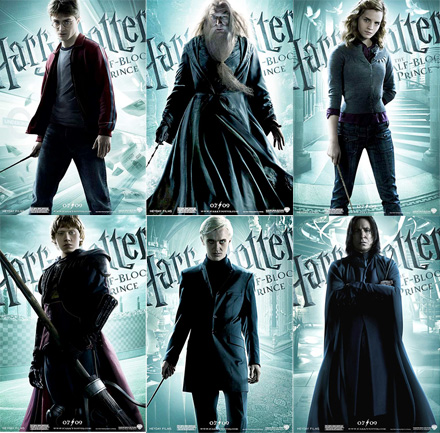 Warner Bros has released six new character posters for Harry Potter and the Half-Blood Prince on MSN. The posters include one shots of Daniel Radcliffe as Harry, Michael Gambon as Albus Dumbledore, Emma Watson as Hermione Granger, Rupert Grint as Ron Weasley, Tom Felton as Draco Malfoy and Alan Rickman as Severus Snape.