Hello my friends,
here is some of the pictures of my graduation, wo 3o2balkom jamee3an, and u need to address me now bash mohandes unless u r bash mohandess too, then u can just call me by my name. and just in case u forgot, i am now a computer engineer, i am currently in Virignia to continue my masters in University of Virginia

Since i saw the movie “21” and I can’t stop thinking about counting cards, i hope people here wacthed it because i don’t feel like explaining much about it.

The idea i wanna talk about that in the movie, they counted cards to win in the blackjack game.

in general, what is counting cards?

Counting cards is basically having a system to estimate the average or anticipate the next card which will be drawn from the deck. for example, if you have 3 cards in the deck, 2, 5, 8. and u know they just drew the 8, then you know the average of the deck is down, so even if you have 16 on the table, u will still ask for one additional card ( because in blackjack 21 is the highest winning number, more and you lose)

anyway, to the important thing, in the movie they mentioned the general idea of counting they used. they said, as i recall, that if 10 and above was drawn, then the count get incremented by 1 and if something below 5 i believe, then the count will be the same, and apparently the higher the count the easier they can win.

the missing piece of the system they used in the movie, is what to actually do with the count, let’s say the count was 16. how can i use this fact to increase my chances. I had couple of ideas, but at the end i tried to make up my own counting system

in my system this average tells me when to make the dealer hit me, or when to stop. for example, if the count or the estimated average is 49, then in average the next card will have the value of 4.9, so if i had 16 or less in my sum already, then i will ask for another card, because i have more than 50% chance i will get a card less than 5, but if it was higher, then i stop.

As i understood, the dealers in the casinos have fixed rules, for example, if you get less than 14 , get another card, if not stay. so they use the same idea but their estimated average is constant. i thought this way will actually work

to test my theory, i wrote a program using java to simulate a blackjack game and i added a counting player, i made the program run thousands of times, but still the player loses. usually the player wins 43% of the time only. mainly because the dealer as an advantage, when both sums are the same, the dealer wins.

so, here comes ur part, i want to develop a better counting system. i think the general idea of my system is correct, maybe i need to tweak it, for example, i may use above 7 and less than 6 as the limits to change the count, or maybe make it change by 2 when a very low or high card is thrown. another improvement i am thinking, maybe i need to have more than one deck of cards shuffled together, in my program i only use the standard 52 cards, while in casinos, usually there are 4 or more decks shuffled together.

tell me what you think and if you want the program, i may give it to you if you asked nicely. 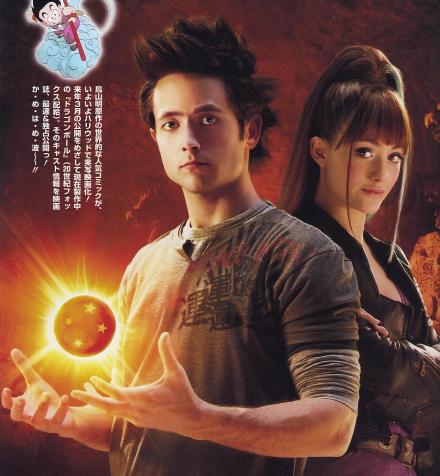 DBthemovie has gotten their hands on new scans from Roadshow Magazine showing the first official look at the cast of Dragonball. I’ve cropped and cleaned up some of the photos for better presentation.

Emmy Rossum as Bulma and  Joon Park as Yamcha 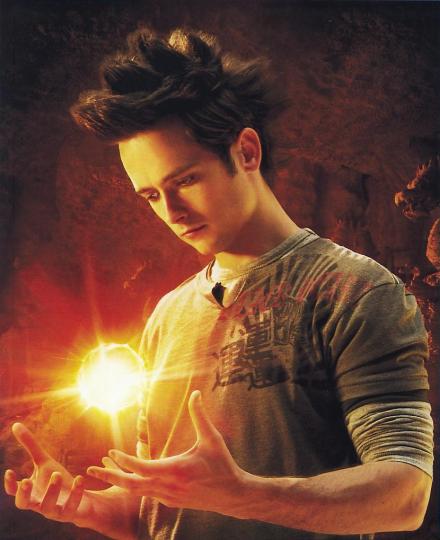 Here are the clips I’ve found for some of the new shows coming up this next TV season. If you happen to find more that I don’t have, Can you help, which one do you think its cool enough to start watching ??? ! for all the new TV series clips click More

Dollhouse preview shown at the Upfronts:

END_OF_DOCUMENT_TOKEN_TO_BE_REPLACED

I’ve been looking for this particular song for at least 2 years. I had no idea what its name was nor the name of the singer. All my contact with the song was listening to it 3 times in very seperated times on our good local radio 96.3 FM. But finally with the help of an Austrian guy from the french realms in WoW I got to find it. I had this thingy for songs in languages I can’t comprehend as being spiritual, especially this song. As a plus, the singer is so freaking hot, the lyrics after translation, to my surprise, weren’t the typical love songs lyrics you’d expect them to be. Actually, to the twisted minds they can be understood in a dark way.

The song’s name is “Gabriel”

P.S Elixir, Severus and whoever agrees with them in their expected comment about this post. You can have sexual intercourse with yourself the way Deya2 prefers it.. Through the ears.

Codemasters is pimping the second promotional mini-game for Rings Online expansion, Mines of Moria.
It’s free to play, but registered participants can challenge friends and unlock videos, images and in-game items that will aid them when Mines of Moria is released.

The game, dubbed Swig and Toss, is an axe-throwing competition with beer. It’s your job to get fairly leathered and toss axes into a target whilst under the influence of alcohol.